WARNING:  The following game may cause you to shout, cry, and pout.  Your standing on Santa’s list may be in jeopardy.  Proceed with the utmost caution.

Those feathery turkey decorations are stored away in the dusty attic for another 11 months, your third helping of thrice-reheated leftovers has caused you to punch an embarassing homemade extra “fat hole” in your belt with a Phillips-head screwdriver, and the swelling from that Black Friday “grab at flatscreen TV” bruise on your upper arm has finally started to subside.  There may have been lots of commercials on TV for a month now, but it’s time for the rest of us to catch up– Christmastime is here, and it’s here with the animalistic force of Miley Cyrus’s slimy tongue itching to bust out of her pot smoke-filled piehole.

You can kick your eggnog and wreaths to the curb, cause really, when you think about it, what spells out the holiday season more than blog posts?  In a short answer:  Nothing. 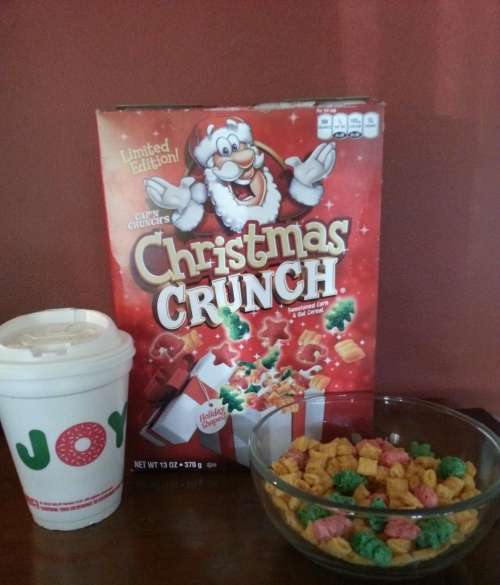 …and grab a front seat on the Polar Express as it stops through Nonsenseville, because it’s time to spend the holidays the way your grandparents did… guessing men’s facial hair.

‘DA RULES:  A series of ten closeup white and wispy whiskers will be presented.  Simply grab a piece of paper and a pen, jot down your choice if said beard/mustache grew out of the chubby face of Santa Claus, Wilford Brimley or one of the members of ZZ Top.  Below the tenth beard will be the answer key including links to the full pictures.  Match up your answers, and see how you scored!

But first, here’s a crash refresher course of our fully-folically-faced festive fellas:

NOTABLE WORKS:  Flying around the planet in one evening with gravity-defying caribou, that cherub-faced Cabbage Patch Kid under your tree back in ’86, inadvertently cleaning the soot from your chimney with his big round rump on a yearly basis

ALSO KNOWN AS:  The guy with that obnoxiously bushy mustache from the Diabetes commercials who may or may not have a mouth underneath that enormous thing.

NOTABLE WORKS:  Cocoon, The Thing, that one episode of Seinfeld

ALSO KNOWN AS:  Two guys with the Yosemite Sam-ish beards and the other guy who owns a razor. They’re the reason you gotta scroll all the way down to the bottom of your artist list on your iPod.

NOTABLE WORKS:  “Legs”, “Sharp Dressed Man”, the soundtrack from Alvin and the Chipmunks:  The Squeakquel

On Christmas Eve, maybe these snowy hued bristles will bring you a shiny new bicycle…  or rip a killer guitar solo… or lecture you about DI-A-BEE-TUS.

There’s a fine line between scary pigeon-eating bum and beloved holiday icon, and this hairy dude lives smack on it… 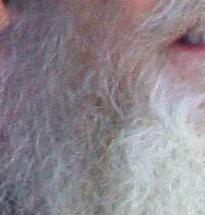 This is a bigger beard than George Clooney’s girlfriend!

Word on the snowy street has it that the owner of this killer soup-strainer has been known to do an emergency darkening-by-soy-sauce to impress the waitresses at Benihana.

Holiday Season PSA:  Don’t randomly go sitting on the lap of any guy with a big white beard.  That is quite uncomfortable for all parties involved.

This guy celebrates “No Shave November”.  If by “November”, you mean the last 40 years…

Boy Scout hint: With facial hair this mammoth, just add a little toothpaste and you’ve always got a permanent toothbrush on your face!

Man, that was gross.

The Dos Equis “Most Interesting Man in the World” guy has a lawsuit against this man.  It’s going to get U-G-L-Y in court.

This beard is whiter than an R.E.M. concert!

1.  Don’t get too comfortable just yet, this starter question was a gift from the rolly-polly round man himself, Santa Claus.

2.  It’s a freezing December 24th evening, the flickering candlelights are dimmed and the powdery snow is falling making the front lawn look like Lindsay Lohan’s car dashboard…  you wait impatiently, tucked under the cozy wool covers, with the anticipation of what’s to come.  Then suddenly, wait… what’s that?!?  It’s the sound of merry jingle bells, the pitter-patter of dancing reindeer hooves on the roof, and the familiar sounds of… blues rock??  Better hope Dusty Hill of ZZ Top left some receipts for you to return the awkward presents he left under the tree.  Seriously?  Old Hooters calendars from 1988? Get outta here.

3.  Sure there’s plenty of fat guys hanging around the mall, but at least this one isn’t awkwardly oogling the cute girl who works at Cinnabon… well at least when Mrs. Claus isn’t looking.  Santa’s the man here.

4.  You’re too smart to fall for this clever ruse… they don’t serve oatmeal at Benihana!  Brimley it is!

5.  Bad news:  If you get more than three questions wrong here, you have to eat your dinner off of ZZ Top’s beard.

6.  You know what The Thing actually was, right?  Wilford Brimley’s broom-worthy ‘stache.

7.  No, no, I thought it was Pauly Shore too, but it’s actually the jolly ‘ol man himself.  I just don’t know what to believe anymore either.

8.  With winter right around the corner, it may be a bit too chilly to visit the zoo, but right here, you can always view the human walrus himself, Wilford Brimley.

9.  He spends half his day scraping Rudolph poop off the bottom of his boots, yes it’s Kris Kringle!

10. Wait, are Kim Kardashian, Miley Cyrus and Paris Hilton standing together in a row?  Cause Santa is saying Ho Ho Ho!

Share your score in the comments below.   Also, here is the contact information for Hasbro, let’s get this on the shelves next to Monopoly next year!  Or even one shelf, I’m not greedy!

“Hey, I have an old white mustache too ya jerk!”