Was your Columbus Day party as lame as mine?

Sure, the Nina, Pinta and Santa Maria chili dips burned, and the bowl full of 1,492 olives ended up being a colossal waste of money, but your heart was in the right place, wasn’t it?

And how on the face of great, green Planet Earth you were able to get more guests to give you a second chance only a few weeks later for your Halloween shindig makes you think something’s gotta be in the water supply.

But nonetheless, here’s your chance to make things right.  Dim the lights, toss up some icky cobwebs, a few delightfully horrific decorations, a delicious hors d’oeuvres platter of Halloweenies or Zombielamb-chops, and before you know it, folks on both sides of the Mason Dixon line will be waxing poetic about the triumphant haunted hootenanny you threw that fateful evening of October 31st in the year 2013.

“This party DOESN’T have the right to remain silent!”

Well, take it from me, if you don’t want your gussied-up guests to go stormin’ out the front door before the steaming hot Pieday the 13ths hit the table, certainly don’t pick your songs based solely on title or artist name alone.  It turns ugly, and it turns ugly fast.

This might be of Eminem, I cannot fully be sure.

Listen to it here.

What you expect:  A decrepit hand breaks the cold cemetery soil, as dozens of flesh-hungry dead cannibals rise to their rotting feet, black-tongued and blood-filled mouths, groaning the words, “do you have to let lingerrrrrrrr…”

What you get:  Not nearly as Walking Dead-ish as the title would suggest, this excellent mid-90’s alt rock staple is a protest song surrounding the violence and unrest in Northern Ireland, inspired by the 1993 IRA bombing in Warrington, Cheshire.  Don’t use it at your Halloween party, you’ll look like an insensitive dunce.

“Hey punk, don’t use my song at your party, or I’ll clean your clock.”

What you expect:  Your mind races and your nerves tremble as the padded walls of the nuthouse close in on you faster and faster.  Is your cracking brain playing tricks on you?  Maybe, look at your skin crawl after all– it could be festering bugs laying their eggs, it could be a deadly disease rotting you from the inside out, or it could be a mean prank that wisenhimer Dean Martin played on you when you were using the bathroom.  The line between madness and reality is blurring faster than ‘Ol Blue Eyes’ vision, eight drinks in, at a hotel bar following a Saturday night show.

What you get:  Some feel it’s about the drink, but the popular and direct interpretation of this Sinatra favorite is likely about the all-powerful pull of love and attraction.  That overwhelming feeling when you just can’t get that special person out of your mind and heart.  Just the same way I feel about Pauly Shore.

“I love you too, budddddday.”

I guess you could listen to it here.  If you really wanna…

What you expect:  Laying in the cold bed in the harshly-lit infirmary, the soundtrack to your horrific stay is riddled with coughing and phlegm-filled hacking from fellow bedridden sickies.  Your poor head is throbbing like the Dickens, and your blood is on the verge of boiling right there in your freakin’ veins.  Your now pale complexion is drained of all discernible color and each agonizing minute of this agonizing pain feels one step closer to grim death.

True, it’s certainly no walk in the park, but that doesn’t necessarily throw you into the depths of certain doom.  It more than likely throws you into a doctor’s office to get some orders to take a few Advil and chug some more liquids.   But you have to pay full price for your office visit because the Obamacare website IS DOWN!!!!   THE HORROR!!!

This is how many times Curtis Mayfield’s estate is going to sue me for using his name in this article.

Get down and check it out here.

What you expect:  “One, two, Freddy’s coming for you…”

You can finally sleep sound as your once-terrorized dreams have become much safer.  Sadistic, striped-sweatered-sleeping slayer, Freddy Krueger, has finally met his maker, as his blood-covered razor-fingers lie next to his putrid, rotting corpse, never to destroy your nightmares again.

He was also mad Curtis Mayfield misspelled his name in the title, but hey, Freddy’s got some anger issues.

What you get:  A song about the death of “Fat Freddie”, a character from 70’s Blaxploitation film, Super Fly (the song appeared on the film’s soundtrack).  That’s what eating at Heart Attack Grill every day will do to ya, Freddie.

“I don’t need you Mayfield, I’ll just make my own song!”

Radiohead is one of my all-time favorites, but this song about the Itsy-Bisty Spider just came off as pretentious.

You don’t belong here, you should be here, listening to this song.

What you expect:  What’s that?   Look outside your window.   Is someone outside?

There’s a full moon out on an icy-cold Halloween eve.  The rustling sounds in the bushes are sending a chill up your spine and making your heart race faster than Miley Cyrus shedding her clothes the second she sees a camera flash.  Is a crazy axe murderer outside?  Maybe a blood-thirsty werewolf?  Terrifying little kids with those orange boxes collecting for UNICEF?!?

What you get:  Oh Thom, you silly goose, you’re not creepy.  We love you, and your lazy-eye, and your weirdo “bacon sizzling in a frying pan” freakout dancing on stage.  False alarm people, false alarm.

Safety tip from Blumes:   Wondering if annoying hipsters have been stalking you from your window?  Look for the empty Pabst Blue Ribbon cans and empty tins of mustache wax littered on the ground.

“I bought non-perscription glasses with extra-thick frames, just so I could spy on you better.”

“When we go to the barber, we just say, ‘Gimme whatever semi-modish 80’s hairdo the rest of the band is wearing'”.

What you expect:  (The closing minutes of a slasher horror movie)– post serial killer attack, lots coughing up blood, gasping for many last breaths, dramatic music, and a final pleading to make it out alive.  Note:  The black guy died early on in the film.  Way to fall into lazy stereotypes, fictional movie that I just made up.

What you get:   Soft rock-   heavy on the soft, light on the rock.  When you’re 45-minutes into a wait at the eye doctor’s office for your semi-annual checkup, reading a wrinkled, old Entertainment Weekly magazine with Ruben Studdard on the cover, this is the ballad that’s likely being played on the radio.  This is the band even Spandau Ballet bullies around while on tour.

“Hey you Cutting Crew fruits, shut up, give us your lunch money and all the crates of mousse that you have.”

Apparently the ceiling fan was really interesting to stare at.

What you expect:  Under soft candlelight and the comforting crackles of a cozy fireplace, a bewitching murderer cranks up the charm, wining and dining his ill-fated victims seconds before the tapered knife is revealed and the cozy-bearskin rug is horrifically painted with splashes of crimson.

What you get:  A mid-90’s cover of the Roberta Flack hit that the DJ played at our “Class Night” dinner in senior year of high school.  Aside from making me realize that I’m old enough to remember when Pras actually had a career, it’s not really scary.

Blumes note:  In searching for a picture of Lauryn Hill, the Google search accidentally brought up, “Lauren, Hills”.  This is not Lauryn Hill.

“I am so Lauryn Hill! Heidi Montag stole my Grammys, and hid them in her shirt!”

What you expect:  In 1964, a splatter film, Two Thousand Maniacs! was released.  A film “gruesomely stained in blood color!” about Yankee tourists humiliated and hacked to bits by murderous rednecks in the Deep South (the film was remade 40 years later by Robert “Freddy Krueger” Englund” as 2001 Maniacs).  This band must be FIVE TIMES more insane than that!  Scary math!

What you get:  Nope.  This band should’ve been called, “10,000 White People Who Shop at Banana Republic”, and even then, the math is still very suspect.  And I shop there too. 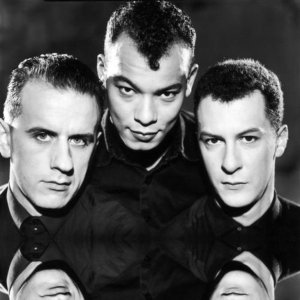 FINE. YOUNG. CANNIBALS. —– I basically can find three things wrong with that name.

What you expect:  Hannibal Lecter with a Fender Strat and the most bizarre tour rider ever (when he requests an “Arnold Palmer”, you can be sure he’s not talking about the beverage).

What you get:  Probably the most misleading name on this whole list, these 90’s one-hit-wonders conjure up the image of an opening act for Slayer, constantly headbanging and hair-swirling to legions of fans, with beer in their bellies and their tattooed fists in the air.  How many teenagers were forbid from picking up this CD (no doubt in one of these old-fashioned longbox compact disc packages), due to their frightening-sounding name?

Blumes note: The original name of The Killers was “Hans Solo and Three Disinterested Guys“.

You know the drill.

What you expect:  The prison jug band Charles Manson put together.

What you get:  Incredibly popular 21st Century Las Vegas-based alternative band who took their moniker from a New Order video, which may be the least-terrifying way to name your band.   Take it from me and my new band, Blumes Monday, whose new album will be out in 2016. 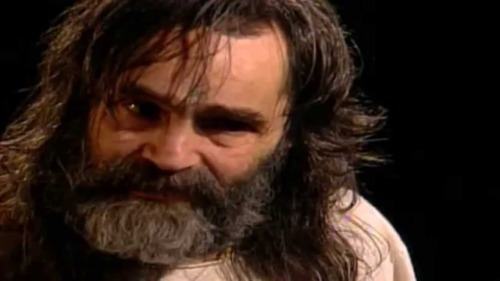 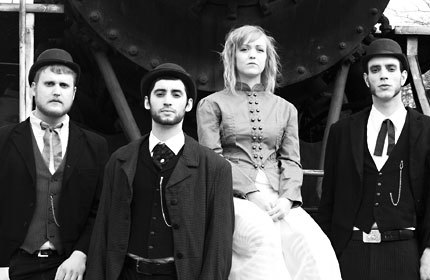 Hip-hip-hooray for ½-priced day at Pocket Watches ‘Я Us!

Take a break from all that candy eatin’ and listen here.

What you expect:  Well, basically, the band who’d be opening for Fine Young Cannibals, who are opening for Slayer.   Murder and death in one band name?  Bloody Halloween metal up yo tuckus!

What you get:  This talented Bloomington, Indiana-based indie act, with a highly-deceiving name taken a 1976 Robert Moore whodunit comedy, summons the uncanny sound of folky alt-country, drenched in a whiskey-soaked marriage of Johnny Cash and Nick Cave, all taking place in a haunted 19th-Century saloon.

Actually, maybe this would fit in well, tell me this isn’t the stuff October nightmares are made of…